“Claudi Arimany is, in my opinion, one of greatest flautists of his generation. He is one of those virtuosi who place technique, sonority and phrase colouring at the service of musicality and sensitivity, something not within the grasp of many.”
Jean-Pierre Rampal, August 1999

Claudi Arimany was born in Granollers near Barcelona (Spain).He is considered one of the most prestigious Spanish soloists. He was a student of Jean-Pierre Rampal at the Paris Conservatory of Music.

Mr. Arimany has been a jury member for the “Rampal International Flute Competition”. He has made numerous recordings on Sony Classical, Novalis, Delos International, and Saphir.

Claudi Arimany is a Haynes Artist. Claudi plays concerts with the Haynes gold flutes used by Jean-Pierre Rampal during his career. These flutes were given to him after the death of the great master. 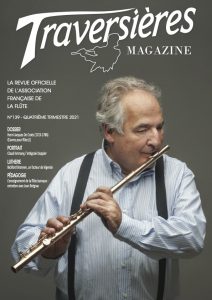