Born in 1985, in Southern France, Stéphane Avellaneda started drumming at the age of 5 in a music school and then went on to study classical percussion at a classical conservatory specializing in keyboard percussion,(vibraphone, xylophone) classical snares and timpani. He has also studied independently with several European teachers in various styles such as blues, rock and jazz. During his studies he was afforded many opportunities to perform with various rock, blues and classical groups.
At 18, Stéphane started his professional career with a French band called MERCY; they toured for three years in France at many blues festivals, opening for the Imperial Crowns, Jimmy Cliff, Arthur Neilson, and many others.

Stéphane Avellaneda has been the official drummer for the Ana Popovic band since 2009.
Stéphane joined the band for the European tour and became the band’s official drummer at the end of the year. The band plays 100 shows every year all around the world and shares the stage with music greats like B.B. KING, Buddy GUY, TEDESCHI TRUCKS band, Robert RANDOLPH, Sonny LANDRETH, Jonny LANG, Joe BONAMASSA and many more.
For the last five years Stéphane has been recording albums, with several artists, giving drum clinics and touring with the ANA POPOVIC band all around the globe.

In 2017 Stéphane Avellaneda, alias SteF, and Rachel Ombredane, alias Rachel, created RoSaWay. Their music was born from an unlikely and original combination; the flute and the drums. Bringing a refreshing “French Touch” to the table, Rachel’s soothing voice perfectly binds their instruments together. Reminiscent of the theme tunes of the 70s, RoSaWay combines vintage sounds with modern electro-pop beats.

Rachel started music at just 3 years old; falling in love with the flute ans entering the conservatoire at 6 years old.
She studied with flute master players as Pascale Feuvrier, Chrystel Delaval (soloist of the National Orchestra of Lille) and Frédéric Chatoux (soloist of the Orchestra of the Opera of Paris), and received her Master’s degree at La Sorbonne. Whilst studying the flute, Rachel also attended vocal academy with Gisèle Fixe and Vania Boneva (soprano of the Opera of Paris).

Occasionally a backing vocalist for artists like Ed Sheeran and Jain, Rachel has performed on many TV sets, but also prestigious venues such as “Les Arènes of Nîmes” and “Le Zénith of Paris”. She guests on numerous studio recordings, and in 2016 she wrote and performed in her first children’s musical.

At the beginning of 2017, Rachel launched her elctro-groove project RoSaWay, releasing her first EP with the drummer Stéphane Avellaneda. 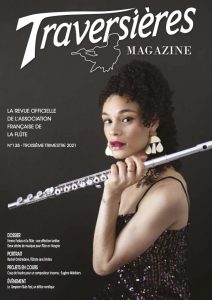