We have tested the Student Flute from Nuvo

Originally made out of wood then metal and even sometimes out of glass, it is finally not a surprise to see our favorite instrument be made out of plastic. Still, someone had to think of it and take on the challenge ! That is what Nuvo has done, proposing a range of flutes with a Boehm system entirely designed in ABS plastic. What are these flutes worth ? We have tested them for you!

The use of plastic allows the Nuvo flutes to be available in a wide range of vivid colours (from black to pink and the very chic white) allowing each one of us to customise our own instrument : a very nice and original idea!
The flute is available in two different versions: with a curved headjoint or with a straight headjoint. A pack is also available to upgrade the curved headjoint to a straight headjoint flute. The table below shows the different models and their prices.

Our test model is the blue straight headjoint flute. It comes in a very handy bag with a shoulder strap, that allows you to carry the flute everywhere: very conviennent ! 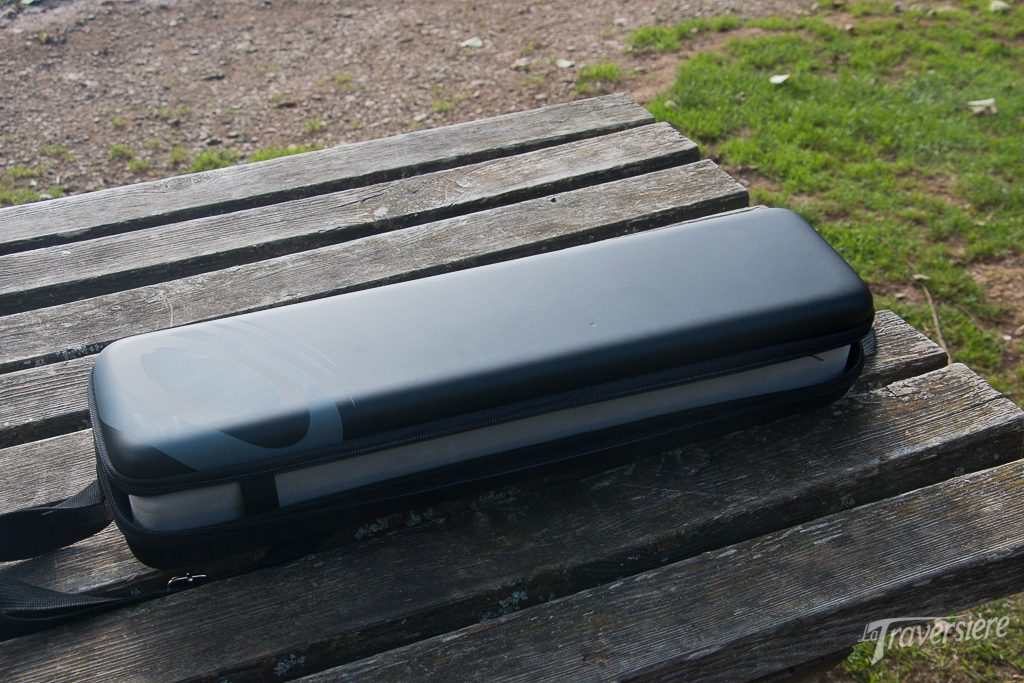 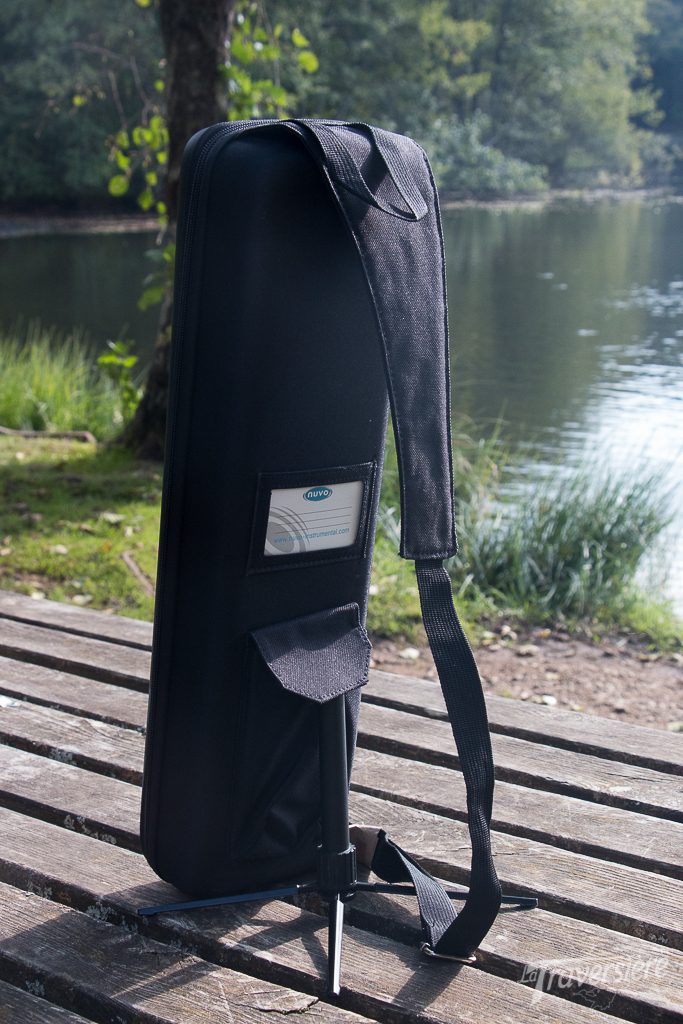 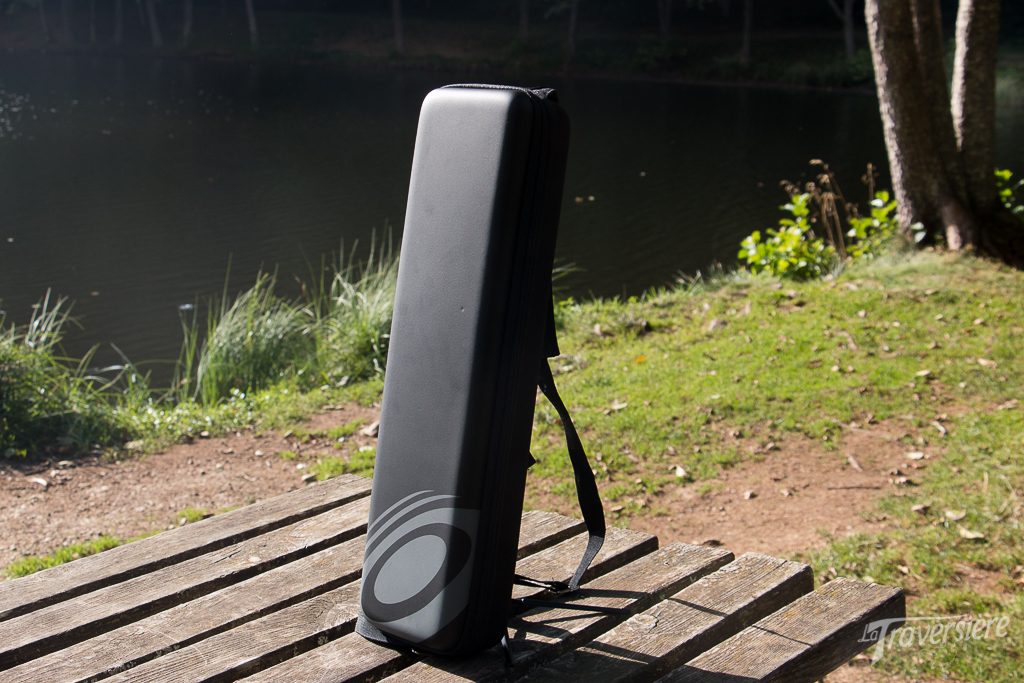 In the flute case, we find the flute of course, but also a cleaning rod, some grease for the joints, small tools (very useful to make some key adjustments), a second mouthpiece identical to that of a recorder, as well as some extensions for some keys (A, G, G #) to make it easier for small hands: very clever! 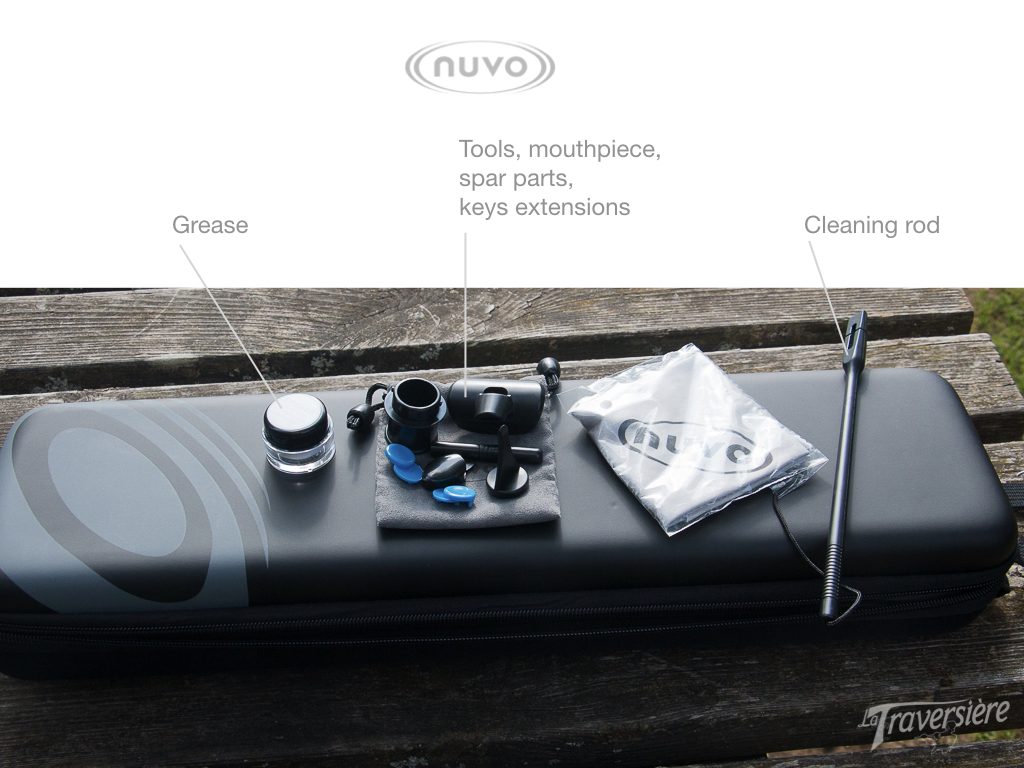 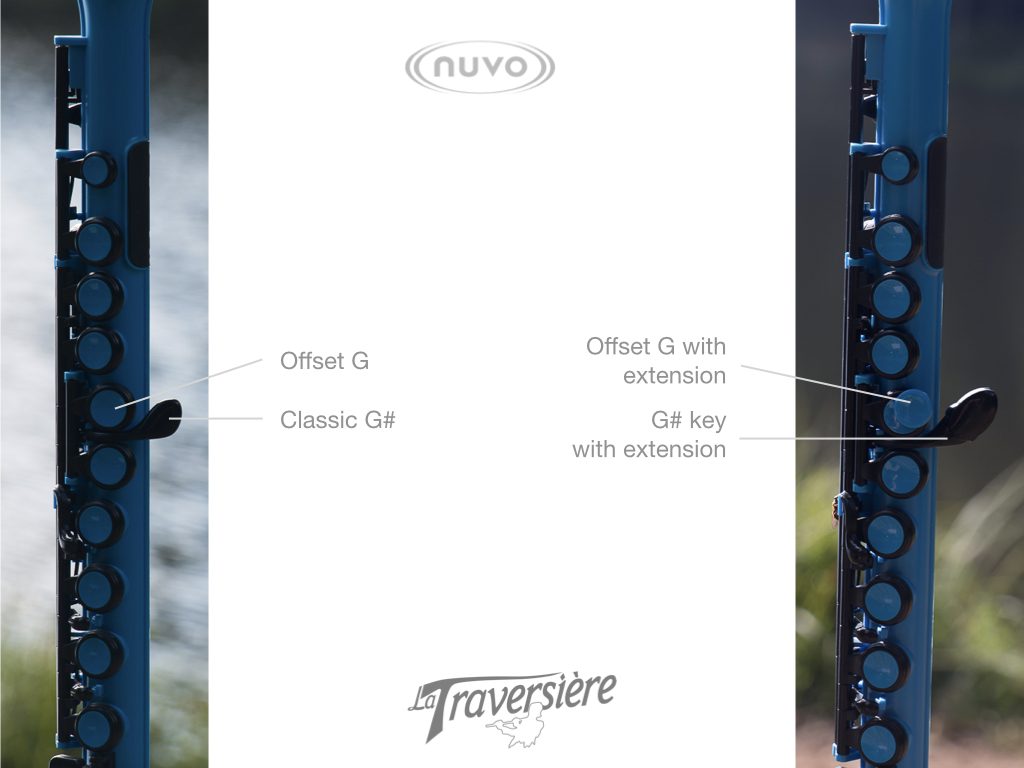 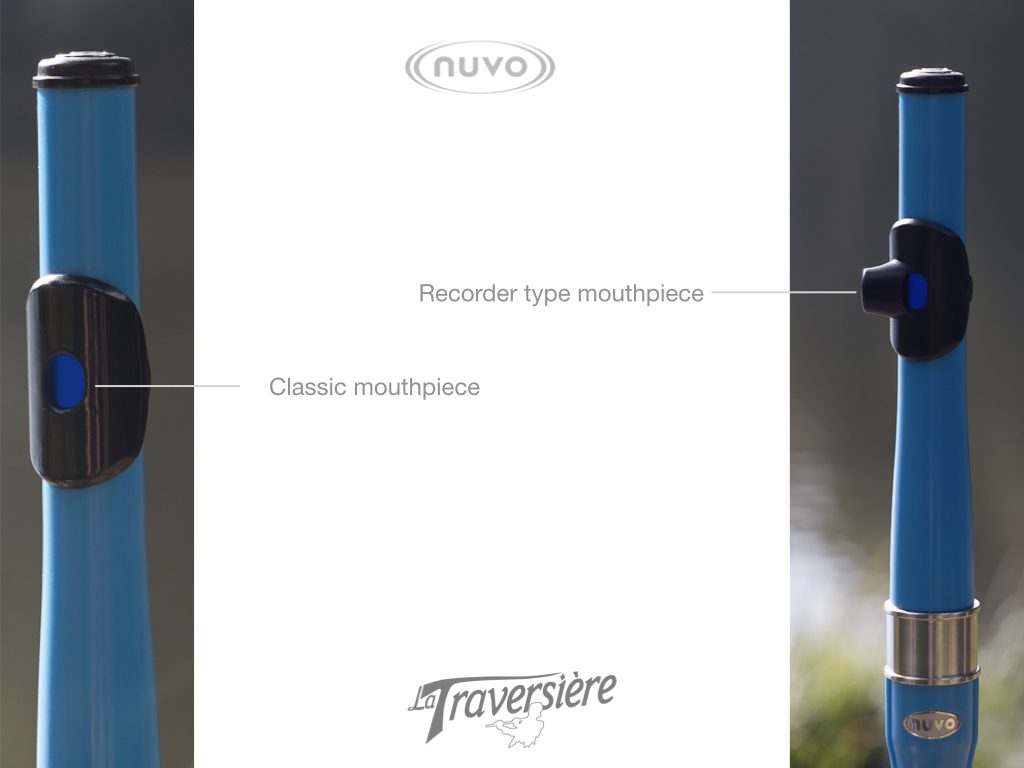 In short, the complete set is very well thought and is particularly suitable for young beginners! 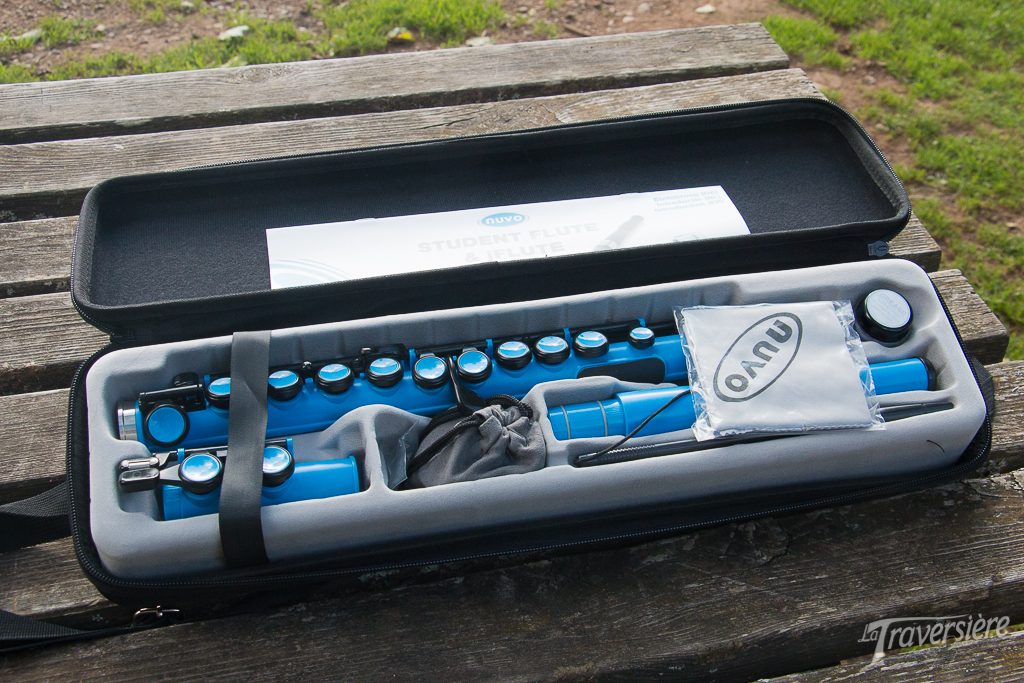 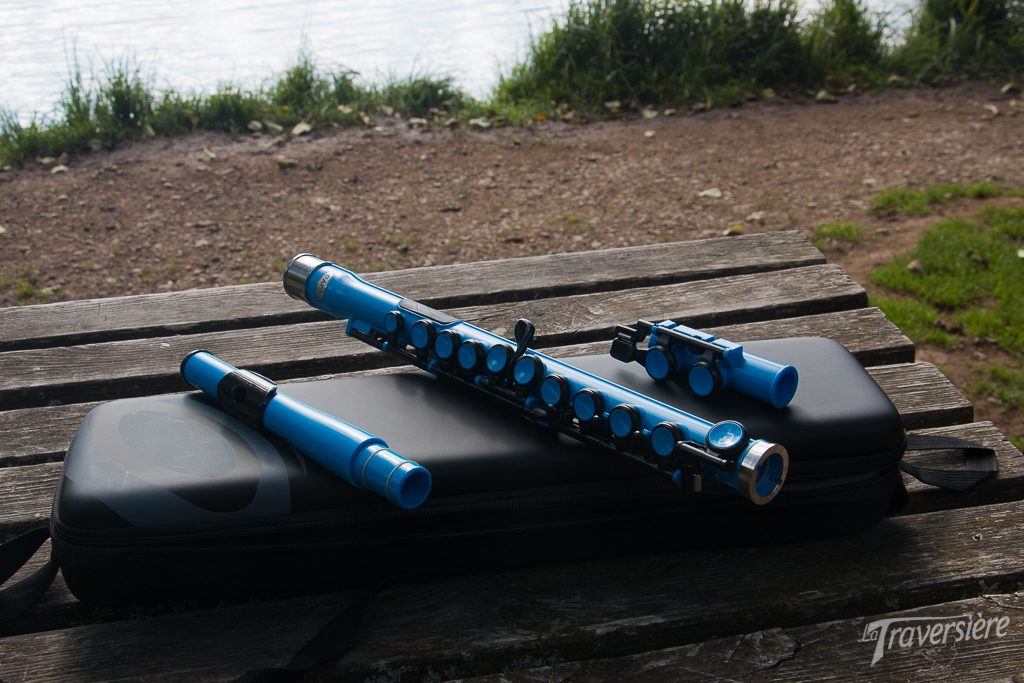 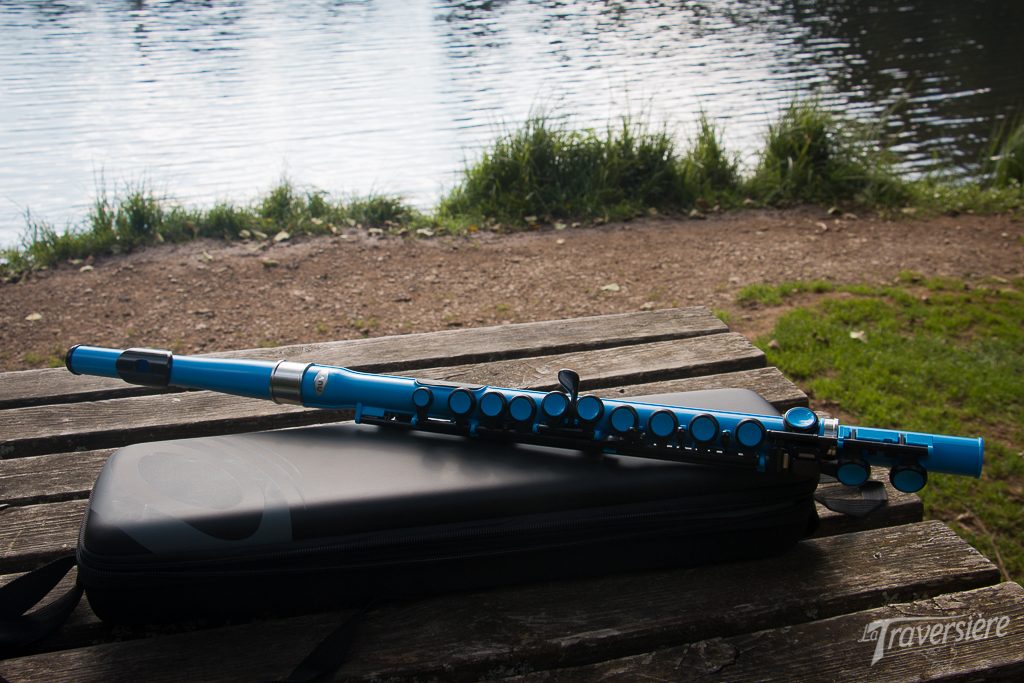 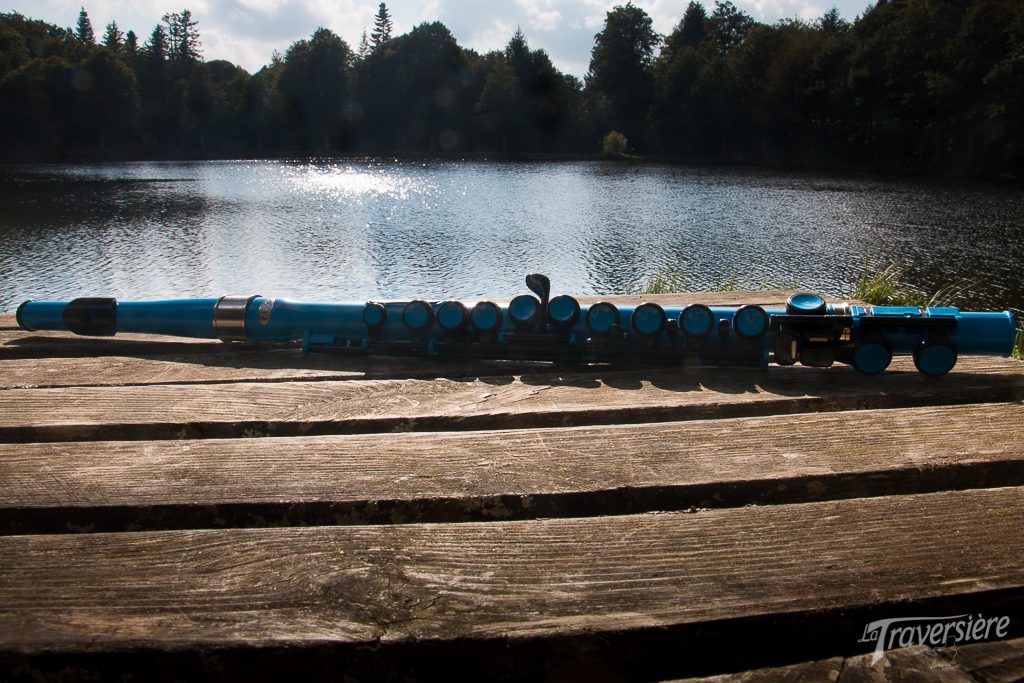 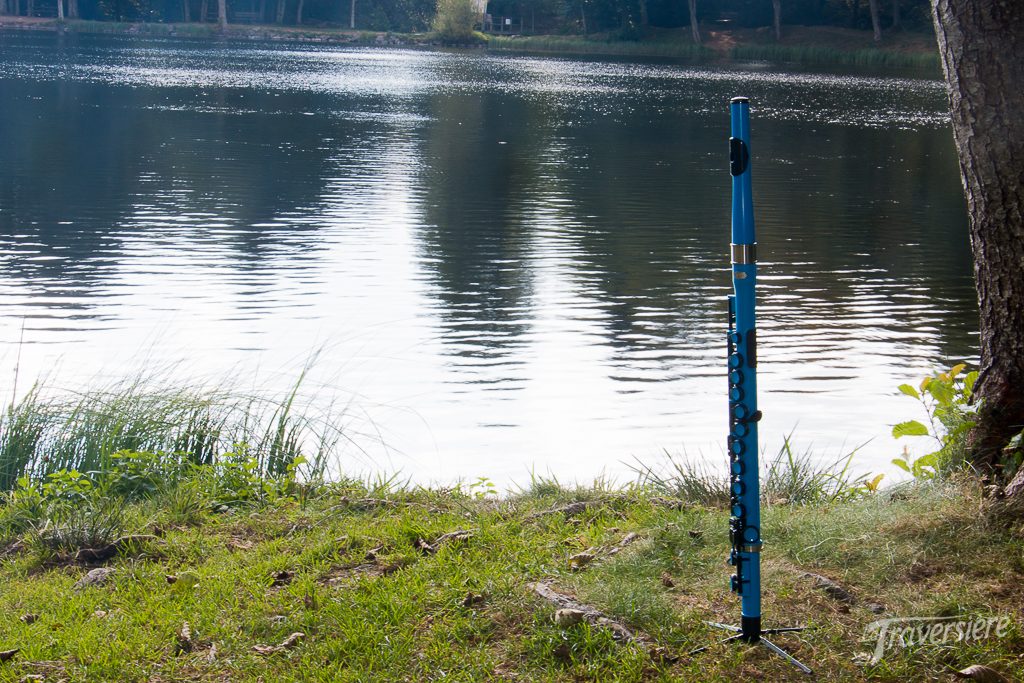 What is ABS plastic?

Thanks to its many interesting features (lightness, robustness…), ABS plastic (Acrylonitrile Butadiene Styrene) is widely used in household appliances, for 3D printing as well as in the toy industry. For example, Lego has been using it for many years for its building bricks. The use of this plastic finally allows the flute to reach a long lifetime limiting therefore its impact on the recycling sector (often polluting stage).

The first impression when taking the flute in hands is its lightness (about 270g according to our measurements) and its “toy” aspect. But don’t take it the wrong way, behind its “toy” aspect, this Nuvo flute is rather impressive!

From an ergonomic point of view, the flute is pleasant to hold, and thanks to its clever non-slip pads under the left index finger and right thumb, the flute holds very well in hand.

Sound emission is really easy with the conventional mouthpiece and can be even facilitated by using the second mouthpiece (recorder type). However, do not expect to find all sound colours that a metal flute can provide… Moreover, it is very difficult to reach the highest notes of the flute register (top B or top C)…

Regarding the mechanism, this flute is surprising: all the keys are present (even the key for B flat trill). Even if it is true that it is necessary to press the keys harder than on a conventional student flute, the mechanism works properly and is quite responsive. With a little bit of practice (and some adjustments), it is possible to play certain quick passages (concerto for exemple). Note that with the small tools in the box one can re-adjust the keys which turns out to be very convenient.

Finally, regarding robustness, this flute holds all its promises. However, it is still preferable to handle it carefully because even if our model remained intact after all of our tests, we have seen that in some retail stores, several parts were broken by unscrupulous flutists. Note however that it is possible to find on the internet some spare parts, just in case… 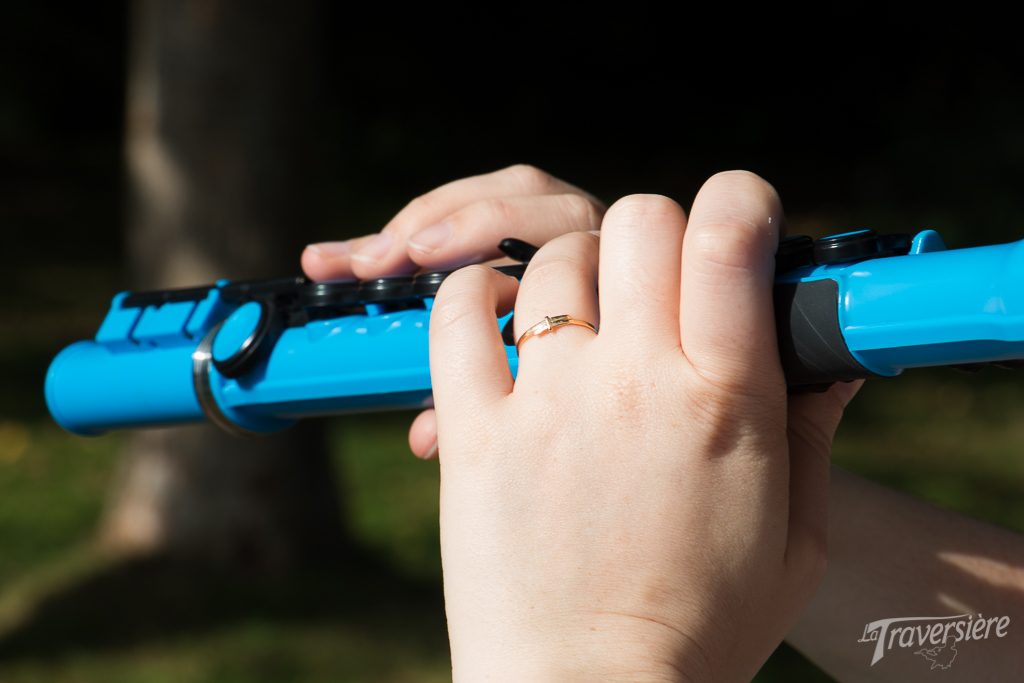 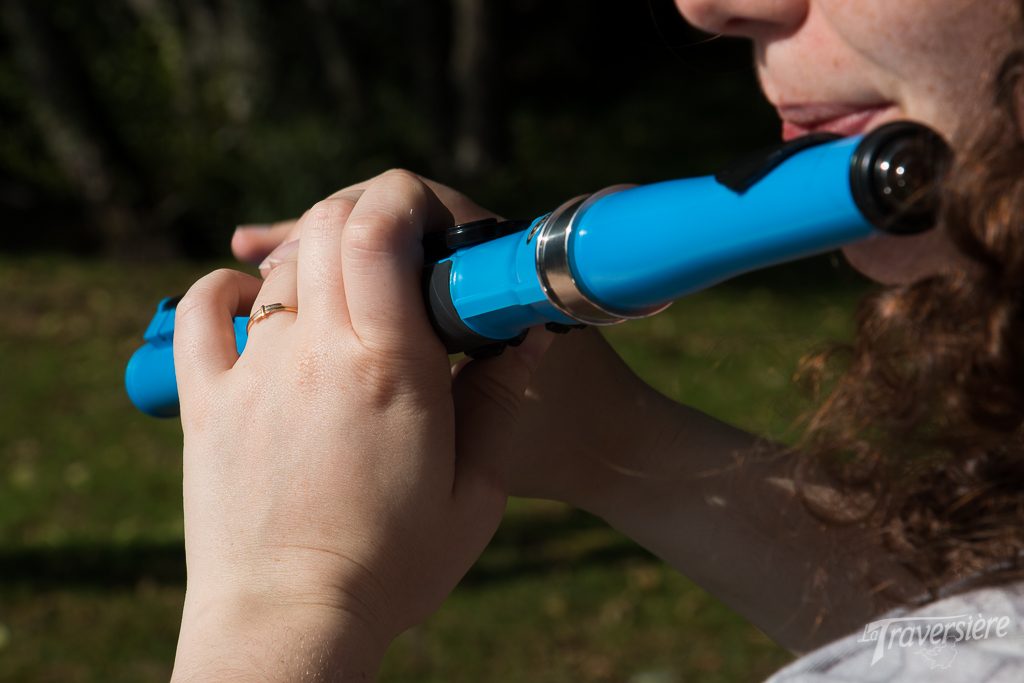 <
►
>
The mechanism on the Nuvo flute is impressive

At the end, its originality, quality of construction and its very low price make this flute very attractive !

So, should someone be tempted and buy this instrument to begin playing the flute? Clearly this instrument has a lot of qualities but remains far from the performance of a conventional student flute in the range of 600-700€. So, before rushing to buy this flute, we strongly recommend that you exchange with a teacher first.

From our point of view, this instrument is rather well adapted to primary musical education, when students try out several instruments to pick the one they prefer. Thus, a conservatory or a music school could typically be interested in this flute to equip its classes.

Finally, if you are an experienced flutist and already have a metal flute, do not ignore this flute! It could be useful; for example when you want to play some tunes with your guitarist friend on a beach, at night around a fire pit… Cheap, waterproof and easy to clean, this flute is perfect for outdoor use or for playing in any unusual conditions! 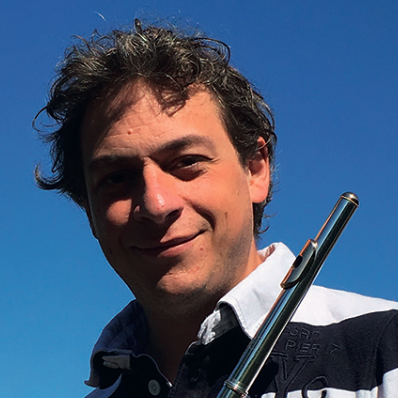 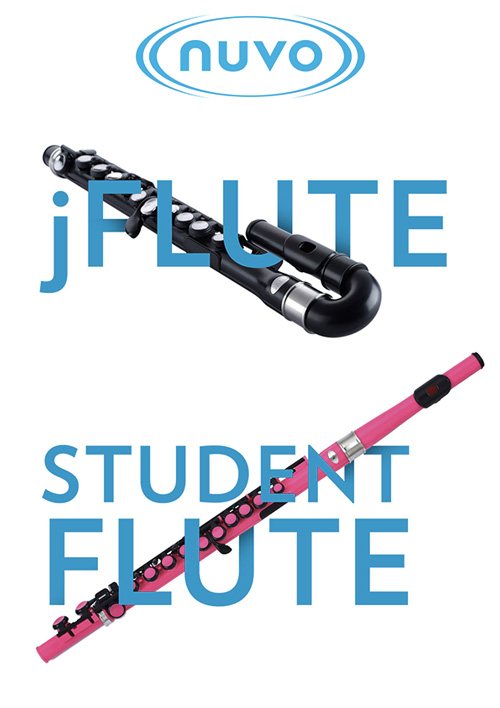 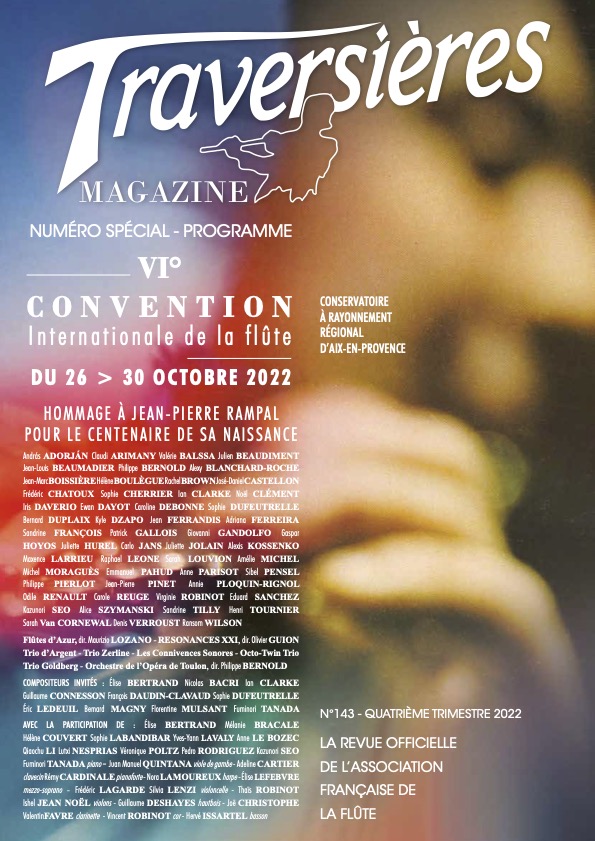 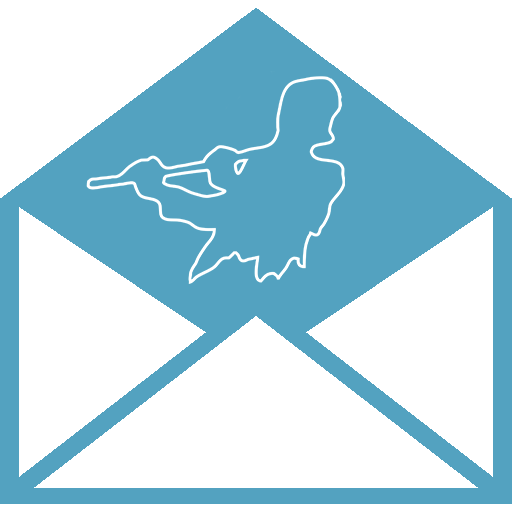